About a week ago, or so, WordPress released the latest version of their popular blogging software, version 3.5.

I have been using WordPress for years, and there was a time when I would not immediately upgrade when a new version of the software was released.  I figured that in case there were glitches or bugs in the latest software, it would be better to wait a week or so before upgrading, so that the bugs could be discovered and ironed out.  In more recent years, though, I have gotten to where I upgrade immediately when the new version of the software becomes available.  There are several reasons for this:

Because of these reasons, I now feel that upgrading should be done immediately.

WordPress Upgrade presents a few bumps in the road

However, in spite of the fact that WordPress itself is very stable and reliable, upgrading can still lead to problems.  It’s not the WordPress software that is generally the problem, it is often the plugins that you are using with WordPress that have compatibility problems with the newly updated core software.  What is a plugin?  A plugin is generally a 3rd Party “add on” software package that allows you to customize the way that WordPress works or looks.  Generally, on my various WordPress blogs, I use between 15 to 20 different plugins to customize the setup.

Usually, when WordPress upgrades, everything just works, even the 3rd Party plugins.  The latest WordPress upgrade, though, has had issues with many plugins.  I have about 40 different WordPress websites, and out of those, about 15 of those websites have had issues with the upgrade, all of which (so far) I have determined to be related to plugins that no longer work properly with the newly upgraded WordPress software.  Some of the plugins that I have found to have problems with the new update:

I am having another problem still with another site, which I am pretty sure is related to the software upgrade.  So far, though, I have not figured out what is causing the problem or if others are experiencing this problem as well.  If I get this figured out I will post more about it here.  In short, though, I have one site where the links to all of my posts are ending up on a 404 Error page instead of going to the post where they should go.  More on that later, hopefully.

How do you determine is a plugin is causing a problem?

Really it is very easy to find out if one or more of your plugins is causing a problem with the use of your WordPress site.  How do you do it?  Well, if you find something that is not working properly on your site, just go to your plugin page in the admin area of the site.  Deactivate all plugins, then try using your site again and determine if the problem you found has gone away.  If the problem still remains, then it is not a plugin problem.  On the other hand, if the problem has cleared up, then you should start reactivating your plugins one at a time.  After each plugin activation, try the site to see if the problem has returned.  When the problem is back, you can bet that the last plugin that you reactivated is not working properly, and you need to either upgrade that plugin, or stop using it until the problem has been resolved by the plugin author.

Good luck, I hope that your newly upgraded WordPress site is working properly!  I’ve got all but one of mine working.  This particular WordPress upgrade had a few bumps in the road, not like normal! 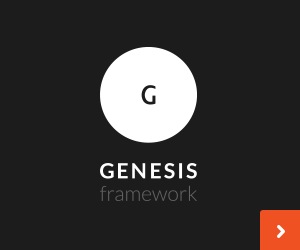 Start Learning WordPress Today! CurvePress wants to help you learn how to run a WordPress site.  How to set it up in a way that it is a beautiful … END_OF_DOCUMENT_TOKEN_TO_BE_REPLACED

At CurvePress, our Soup Up Your Site division creates websites and makes valuable additions to websites.  We also offer website hosting. Please … END_OF_DOCUMENT_TOKEN_TO_BE_REPLACED

Be the first to know when we have something important going on!
Loading Comments...